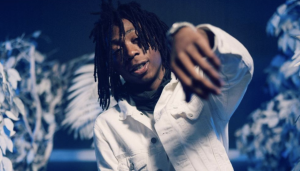 Dallas-based rapper, Lil Loaded, passed away at the age of 20.

The cause of his death is unclear but the last message posted to his Instagram story suggests that he took his own life.

“Dear most high, Please forgive me for my shortcomings and all of the times I’ve fell short of making you proud and being appreciative of all the blessings that have been put in my life. Sometimes the lines are blurred between being solid and being heartless,” he wrote in a lengthy message. “I want to thank you for how far I’ve come and the people you’ve put in my life to keep me grounded through everything and I love every single one of those people that are genuinely for me. I ask for entrance into your kingdom thru all of my mistakes. I know you love all of your children and I’m ready for my heart and soul to Join you.”

Lil Loaded’s attorney Ashkan Mehryar confirmed the news with XXL Mag after the news broke. “Sadly, the rumors are true and Mr. Robertson did pass away today,” Mehryari wrote in a statement.

“He had a very bright and promising music career ahead of him,” Mehryari added.

Lil Loaded recently celebrated the success of his single “6locc 6a6y” going certified gold about a week ago.

The young rapper was released from prison at the end of last year for his alleged connection in the fatal shooting of his friend Savage Boosie, born Khalia Walker.

People close to the rapper say that the shooting was an accident and since his arrest, Loaded has proclaimed his innocence, saying, “They try to make u look guilty wen u innocent regardless .. we going to get pass this. Rip my brother love u.”

The post Dallas Rapper Lil Loaded Passes Away at 20-Years-Old appeared first on The Source.