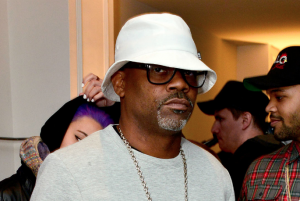 According to a report from TMZ, former Roc-A-Fella head honcho Dame Dash is now being sued by the record company after they claim that Dash is trying to hock Jay-Z’s classic debut album Reasonable Doubt as a NFT(non-fungible token).

The lawsuit set forth by Roc-A-Fella lawyer Alex Spiro alleges that Dash was schedule to sell the album at a since cancelled auction, but they fear that he will eventually sell it on another platform. The lawsuit alleges that the former Roc-A-Fella big mouth has been “frantically scouting for another venue to make the sale” in order to capitalize off of the NFT phenomenon.

The lawsuit seeks to halt Dash from selling the album anywhere and requests that Dash hand over any NFTs he may have already minted of the Reasonable Doubt LP.

The post Dame Dash Sued By Roc-A-Fella To Stop Sale Of ‘Reasonable Doubt’ NFT appeared first on The Source.