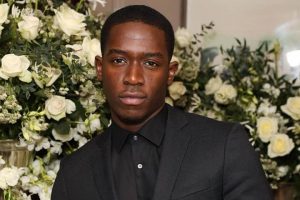 Damson Idris is a jack of many trades, and now the Snowfall star can add ‘producer’ to his growing list of talents.

Deadline Hollywood reported that Idris, who stars as Black Twitter’s favorite street entrepreneur, Franklin Saint, is set to produce the upcoming season of the critically-acclaimed series.

The show was co-created by the late and great John Singleton, alongside Eric Amadio and Dave Andron.

“Excited for this next chapter,” Idris tweeted after the news broke on Friday.

During an exclusive Zoom interview, Damson Idris said John Singleton left the “code” for the rest of the cast and crew to carry on season 4 of Snowfall after he suddenly passed.

“John interacted with everyone and developed a relationship with them: The sound, actors, producers, the crew, makeup. Everyone loved John, you know, and he loved everyone. So we definitely lost a special place of John Singleton as he left us. But the greatest thing is he left us all the codes to carry on and he left us with a passion. He, John was that the most passionate person,” he said.

Damson continued, “He would, he would run out if I did a good take and be like, ‘That’s it! That’s what I’m talking about!’ It was like the coach, like if you’re a basketball player and you just dunked he’s like the coach that runs out or the players that are going like this. Like, that’s how Jordan was. And, and it was difficult at the beginning without him, but then we all put our heads down focused and I made it our sole aim to create art and put art into the universe that Singleton would be proud and after watching season 4, I’m sure he’s smiling down at us.”

The post Damson Idris Is Set To Produce ‘Snowfall’ Season 5 appeared first on The Source.