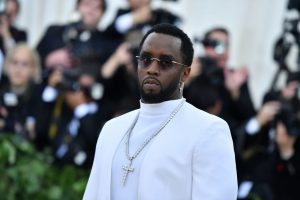 If there is one thing Black Twitter will do, it is hold individuals accountable. On Thursday, April 8, Diddy published an open letter to call out white corporations for their exploitation of Black creatives. In the letter, he urges them to “pay us” our worth.

In particular, he uses General Motors (GM) as an example for their refusal to invest in Black-owned media companies, despite yearly earnings of billions spearheaded by Black creatives.

“We demand that Corporate America reinvest an equitable percentage of what you take from our community back into our community,” said Puff.

He continues by stating that the earnings that Black creative have received for their work does not equate to the magnifying impact.

“If you love us, pay us! Not a token investment. Not a charity check or donation.”

After catching wind of Diddy’s letter, many took to Twitter to react. The responses were filled with discord. Love & Hip-Hop’s Jessie Woo, and Chicago rapper, NoName and more voiced their opinions.

“I was recently approached to host a show for Revolt and it came without pay,” explained Jessie Woo.

On the other hand, NoName was extremely vocal about the initiative to “abolish the black capitalist industrial complex.”

Danity Kane’s Aubrey O’Dey had much to say following the letter as well. O’Dey was signed to Bad Boy until the women quintet disbanded in 2009.

Peep more of the reactions below.

The post Diddy Blasted For Alleged Hypocrisy In Open Letter To White Corporations appeared first on The Source.