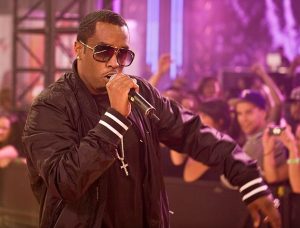 Since the news broke the Sha’Carri Richardson would not be participating in this year’s Olympics, celebrities, public figures, and social media users have been weighing in on the topic to support the track star’s participants in the race. Unfortunately, Tokyo Olympics reps have made it clear that Richardson is unable to participate in the race due to Richardson’s drug test, testing positive for THC.

Diddy is amongst the group of celebrities that spoke out in support of Richardson. Recently the hip-hop mogul took to his Twitter to clarify his tweets, after receiving backlash from his original post. “To be absolutely clear about my previous tweet, the point I’m making is that marijuana has been used against my people since some white people in an office (DEA/FBI) saw it as a way to entrap Black Jazz artists to shut down the movement happening in Harlem,” Brother Love explained.

“That’s the real reason why it started, you can research the history,” he added. “It started from an evil plot, and now this plot is affecting our future. So many of our brothers, sisters, mothers, daughters and sons are rotting in jail for marijuana and it’s JUST NOT RIGHT. Now, to see them using this against a young Black woman that is on the edge of her greatness, all because some white men decided to make it illegal is shameful.”

Diddy then went on to compare Richardson to Michael Phelps, who didn’t test positive for marijuana but was penalized with a 3-month suspension due to a photo that surfaced on the internet showing the USA swimmer allegedly hitting out of a bong. “Let me be very clear, marijuana does not make you run faster. That’s a fact. This whole situation is bullsh*t, and if they let Michael Phelps swim they should #LETHERRUN!!”

You can see Puff’s statements here and here.