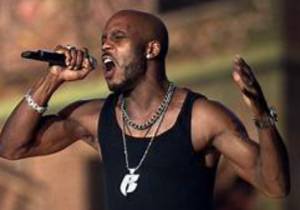 HipHop Heavyweight DMX passed away April 9, 2021. In his 20+ year career, the rapper would be leaving behind a plethora of songs and many words of wisdom. Although DMX has transitioned, the rapper is said to have new music on the way.

After the news of the rapper’s passing released, his manager and Ruff Ryder Darrin Dee Dean revealed that he has been working on new music throughout the pandemic. “It’s sad that he’s not gonna be here, but the music…This album right here is special,” said Darrin Dean. “Like you probably never heard no music like you heard on this one that we did right now. This is probably one of his great albums. One of the best. It’s a classic, for sure.”

“He was excited about it, he couldn’t wait to promote it and get out there with the music,” his manager continued.

Aside from the music that the well respected role model had in the works, it is said that X also had a TV show in the works that would document his relationship with his children.

What do you think this new album will sound like?

The post DMX Will Reportedly Release Posthumous Album: “It Is Special” appeared first on The Source.