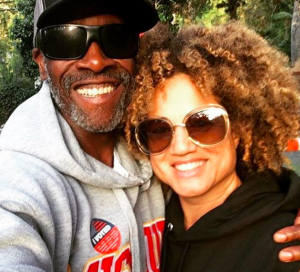 Don Cheadle tied the knot with his girlfriend of almost three decades during the COVID-19 pandemic.

Don shared the news with Wanda Skyes at The Ellen DeGeneres Show.

“You texted me at the top of the year, I guess, and you told me that you just got married. And I was like, ‘Oh d***, the pandemic got to Don and Bridgid.’”

The comedian continued saying that she was surprised that they weren’t already married to which the award-winning actor responded, “Yeah, I mean, that’s understandable given that we’ve been together 28 years before we got married. I hold you blameless.”

Don Cheadle and his wife, Brigid Coulter, have been together since 1992 and share two children together, Ayana and Imani.

The couple also starred in the 1997 film, Rosewood, together. Check out the trailer below:

The post Don Cheadle Reveals That He Married His Girlfriend of 28 Years During The COVID-19 Pandemic appeared first on The Source.