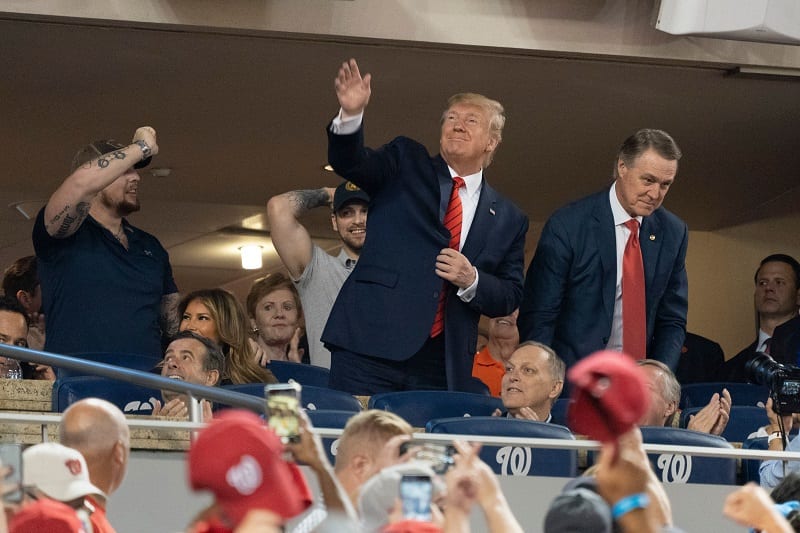 The billionaires were looking to help each other out, go figure. In an ESPN exclusive, sources reveal Donald Trump offered money from his campaign to drop the Spygate probe that was placed against the New England Patriots.

In 2008, the New England patriots were accused of illegally videotaping coaches’ hand signals to help the team win. The inquiry in spygate was opened by US senator Arlen Specter. ESPN reveals that Donald Trump, an acquaintance of both Specter and Pats owner Bob Kraft believed money could make the matter go away.

Trump told Specter on the phone: “If you laid off the Patriots, there’d be a lot of money in Palm Beach.”

In the report, Trump’s team denied the accusations of a bribe and that he acted on behalf of Kraft.

“This is completely false,” said Jason Miller, a senior adviser to Trump. “We have no idea what you’re talking about.” Miller declined to answer a series of follow-up questions. A Patriots spokesman said Kraft “never asked Donald Trump to talk to Arlen Specter on his behalf.”

“Mr. Kraft is not aware of any involvement of Trump on this topic and he did not have any other engagement with Specter or his staff,” he added.

You can read the full story here.

The post Donald Trump Allegedly Offered a Bribe to Stop Spygate Against the Patriots in 2008 appeared first on The Source.