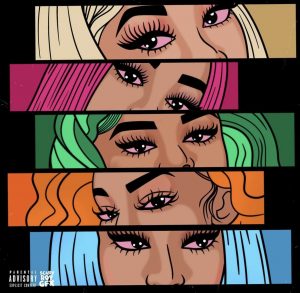 Some of our favorite rap girls have new music on the way. One being Houston rapper Asian Doll. The Pull Up rapper teased the cover art to the remix to her hit song Nunnadet Sh*t last week, and now she’s announced the ladies joining her on the single. In an Instagram post, Asian Doll made an announcement that female MCs Dream Doll, Rubi Rose, Dreezy, and Ivorian Doll will be on the track.

According to the Houston rapper, Bia was also supposed to be on the remix but reportedly didn’t make the final version. Although she isn’t featured on the upcoming song, Asian Doll gave a special shout-out to the Whole Lotta Money rapper in her Instagram post.

“NUNNADET SHIT REMIX 7/12 Female Addition !!!!!!! I love you Bia I know how much you wanted to be apart & how sad you is but Business is business & ima always be here ganggggg ima still leak your verse lol” wrote Asian Doll.

In addition to giving Bia her flowers, Asian Doll “leaked” Bia’s verse for fans to hear. In an Instagram post, she said she was proud of her for being creative and “stepping out of her comfort zone.”

“My sister @bia verse didn’t make it but I just want the world to hear her shit SHE KILLED IT & even tho Bia makes a different type of music she held her own & had the 1st verse I wanted y’all to understand that this is what being a artist is all about stepping out your comfort zone & thats exactly what she did.” wrote Asian Doll.

The heartfelt posts and release of Bia’s verse received positive responses from fans, and the ladies featured on the upcoming remix. Many commenters left sweet messages encouraging the Massatuchets rapper to keep going and saying they enjoyed her verse.

The single is set to drop on July 12.