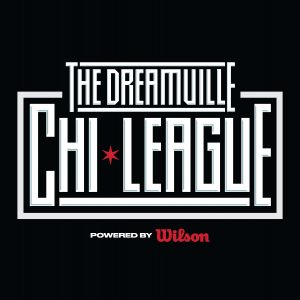 Wilson Sporting Goods Co. and Dreamville have announced a partnership to revive the storied Chicago pro-am, as The Dreamville Chi-League Powered by Wilson. The Chi-League is coming back after a four-year hiatus.

Wilson is the official new game ball supplied by the NBA and is partnering with Dreamville for a three-week tournament in the brand’s hometown of Chicago.

Inspired by a shared and deep-seated passion for the game of basketball, Wilson and Dreamville are joining forces to revive one of the game’s most celebrated competitions.

“Bringing Chi-League back to our hometown is an incredible honor for Wilson and perfectly complements our partnerships with the NBA, WNBA and NCAA,” said Kevin Murphy, General Manager, Wilson Team Sports. “Partnering with Dreamville couples our performance credibility with their lifestyle relevance, bringing the best of basketball culture together, both on and off the court.”

In the partnership, Dreamville is now the official sound of Wilson Basketball and will play an integral role in the return of the tournament, helping to broaden the appeal, drive player interest, curate halftime music performances and other weekend entertainment, design custom warmup apparel, and offer other in-game experiences for fans.

“Chicago has supported Dreamville and its artists from the beginning. It’s a privilege to infuse our brand with the rich legacy of the Chi-League, while also helping to celebrate the unique culture of the city of Chicago,” said Dreamville Executive Vice President Candace Rodney. “The revamped Dreamville Chi-League will help bring back a competition ingrained in the community and to make this all happen, there’s no better partner than a hometown hero like Wilson.”

The NBA-sanctioned pro-am will feature a men’s bracket consisting of eight 10-player teams in a single-elimination tournament hosted at Chicago State on Sunday, Aug. 8, Aug. 15, and Aug. 22. For the first time, Chi-League will include a women’s bracket comprised of four 10-player teams that will play the final two weekends, following the same format.

Wilson and Dreamville have partnered with long-time Chi-League organizer Jobba Maxey to manage the event and engage the community. A Chicago native and one of the creators of the Chicago United Hoops Classic, Maxey will apply his past expertise and act as tournament director and head of basketball operations.

In addition, Wilson and The Winning Edge Leadership Academy will collaborate on an immersive learning experience for the next generation of leaders in the sports business. The Gigs for Game Changers program brings together a diverse cohort of current and former student-athletes for workforce training supporting Chi-League projects in marketing, operations, communications, and social responsibility.

Wilson and Dreamville will co-host youth clinics each Saturday of the league and local black-owned businesses from the surrounding neighborhoods will be engaged for concessions and entertainment.

The post Dreamville and Wilson Partner to Bring Back The Chi-League Pro-Am appeared first on The Source.