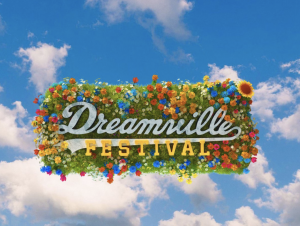 J. Cole’s Dreamville Festival is making a return to Raleigh in April 2022. Tuesday, the fest’s social media page made the announcement.

“April 2022. See you in Raleigh! Be the first to get your tickets. Sign up at http://dreamvillefest.com“

The news of the festival’s return comes after its two-year hiatus. Originally, the fest was set to hold its second annual event in Raleigh’s Dix Park in April 2020, but it was postponed due to COVID-19.

“Dreamville Fest coming back April 2022. Sign up at https://dreamvillefest.com for a chance to get tickets first.” wrote Cole.

Headliners for the 2022 festival have not yet been announced. The 2019 bill included Cole, SZA, 21 Savage, Big Sean, Nelly, and Rapsody. While tickets aren’t available for purchase yet, fans are encouraged to sign up for the email list to be notified when they go on sale.

The post Dreamville Festival Making A Return In 2022 appeared first on The Source.