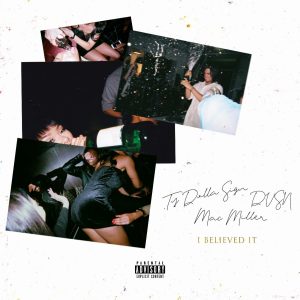 It’s an R&B dream come true. dvsn and Ty Dolla $ign are coming together for a joint album.

Giving a taste of what’s to come, Ty Dolla and dvsn share their emotional single “I Believed It,” which features the late Mac Miller.

The new single brings memorable vocals and as beautiful as it is, the single is heartbreaking as it catches a true talent in Miller. dvsn and Ty both teased the behind-the-scenes process featuring moments with Mac Miller.

Be on the lookout for more from the trio soon.