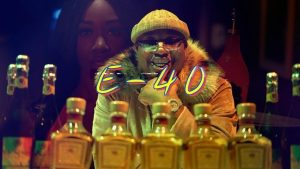 E-40 has let off his new music video “19 Dolla Lap Dance” bringing in Suga Free to the PhoHoeZak produced cut.

The new video is directed by Jae, Synth and captures the two artists in the club surrounded by loveley women and throwing $19 cash while enjoying the show.

E-40 dropped the video release of his song “I Stand On That feat. T.I. and Joyner Lucas)” off his solo studio album, Terms and Conditions, which came as part of a bundle album alongside Too $hort. 40’s Terms and Conditions album included several collaborations with veterans and rising stars alike, including G-Eazy, Freddie Gibbs, Brent Faiyaz, Drakeo the Ruler, Gashi, Larry June and Symba, among others.

You can see the new video below