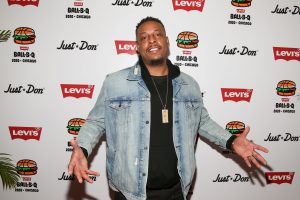 The worldwide leader in sports apparently isn’t a fan of having fun on Instagram. ESPN has parted ways with NBA analyst Paul Pierce after an inappropriate Instagram Livestream on Friday night.

Pierce has worked for ESPN since he retired from the league after the 2016-17 season and has been a staple on NBA Countdown, The Jump, and in other NBA coverage for the network ever since.

Pierce went live on Instagram on Friday night in a room full of dancers while smoking, drinking, and apparently playing poker with his friends — all while clearly ignoring basic COVID-19 safety protocols. The video made headlines during the recording and afterward.

Pierce appeared to respond to the news by posting a video of himself laughing on Twitter Monday, promising “big things”.

Pierce doesn’t seem borders getting fired on his day off. By the looks of his last social media video, Pierce has something big plan and could parley his firing into something bigger.

The post ESPN Part Ways With Paul Pierce After His Instagram Live Feed Went Viral appeared first on The Source.