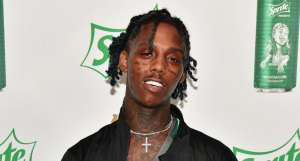 According to a recent report from TMZ, troubled rapper Famous Dex is back in the news again after being arrested for possessing a concealed, loaded weapon in his vehicle.

Dex was reportedly only a passenger in the vehicle and attempted to walk away from the traffic stop. After a search of the car, the loaded weapon was found under the seat where Dex was sitting. Dex, whose real name is Dexter Gore Jr., was arrested for carrying a concealed firearm.

Carrying a concealed weapon in California is a felony, for which Dex was booked and his $35K bail set that he has not posted as of yet.

Famous Dex was just in the news last week after being robbed for a borrowed $50K watch and thousands in cash in the San Fernando Valley. No suspects were ever apprehended in that robbery and it is still under investigation.

The post Famous Dex Arrested On Gun Charges In L.A. appeared first on The Source.