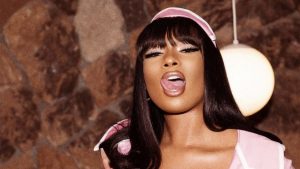 If you didn’t stay up late Thursday night to see the premiere of Megan Thee Stallion’s new song Thot Sh*t, then you need head to your streaming service now! Last night, the Houston rapper released the single, along with a video for the song.

Ahead of the release the hot girl had a countdown to the premiere. From 8:45pm to 11:45pm, Megan hosted a live stream on Youtube. When asked what inspired her to make the song, she said

Loyal fans attended the live streaming and watched the video as soon as it dropped. Here’s what they were saying on Twitter.

When @theestallion said, “Man, ain’t nobody came to see you, Otis!” I just

“i will never shut up about this video ever!! @theestallion” wrote ffiillssaaann.