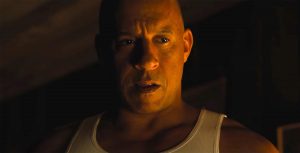 If the international box office numbers are any indication, the movie industry will be in for a bounce-back summer. The latest edition of the Fast and Furious series, Fast 9, released overseas bringing in $162.4 million across places like China, Russia, and more.

The new film passed up Godzilla vs. Kong for opening worldwide numbers. That clash of the monster titans did $121 million.

“It shows us that audiences are willing to come back when the right movie is available,” says Veronika Kwan Vandenberg, Universal’s president of international distribution.

The film is set for a June release date in America. You can see the trailer below.

The post ‘Fast 9’ Opens to Big Overseas Numbers, Sparks Optimism of Future of Movie Theaters appeared first on The Source.