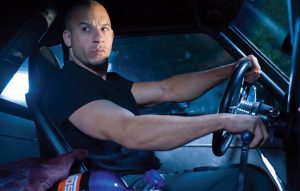 F9: The Fast Saga swerved into theaters this weekend and gave it the jolt of energy needed, bringing in $70 million across 4,179 North American theaters. The film breaks the pandemic record that was recently set by A Quiet Place II at $48.3 million.

“I think what feels best is just the idea that people are returning to the theatrical experience,” F9 star Diesel said to Variety. “It feels good to say, ‘Cinema is back!’”

He added, “You can’t fault another studio for wanting to stream a movie, but the ones like Universal are bold enough to say, ‘Hey, we’re going to support the theatrical release. I take my hat off to them.”

The next big summer movie moment will be the return of Marvel as Black Widow is set for a July 9 debut.