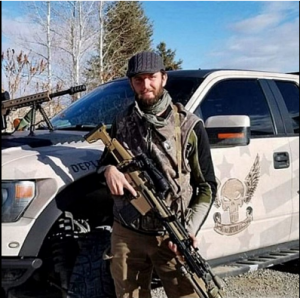 According to a report from The New York Post, a United States citizen accused of participating in the deadly U.S. Capitol riots in January was arrested in New York after being deported from Kenya.

32-year-old Isaac Sturgeon was arrested by the FBI upon his arrival at JFK Airport this past weekend and appeared in court on Monday. It was then revealed that Sturgeon had been in the central African nation since January 24th and wasn’t planning on returning until April.

Sturgeon texted his friends inquiring as to whether he was wanted or not by American authorities. He was deported from Kenya after the arrest warrant was issued by the FBI. Prosecutors suggested that Sturgeon was seen participating in the insurrection on an officer’s bodycam and said the suspect poses a flight risk.

The Montana native posted a $250,000 bond and was released. He is charged with seven counts, including obstruction of justice, an act of physical violence in the Capitol grounds, and disorderly conduct in a restricted building. Sturgeon faces up to 20 years in prison if convicted.

The post FBI Arrests U.S. Capitol Rioter After Trying To Hide In Africa appeared first on The Source.