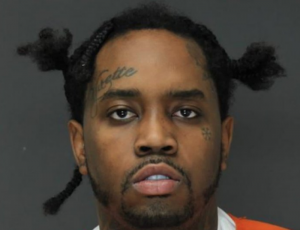 According to confirmed reports, Foreign, whose real name is Maxie Ryles III, left his 2018 Mercedes Benz running while going into a Citibank in Fort Lee, NJ. When an officer observed him getting back into his vehicle, he asked him for his license, but Foreign walked away.

An officer chased Foreign, who was apprehended in a parking garage a block away. As the 31-year-old rapper was being searched, the officer found a .25 caliber handgun with the serial numbers scratched off, which is a separate offense in itself.

Ryles was charged with weapons possession, having a defaced firearm and resisting arrest. He was sent to Bergen County Jail where he was held until his first appearance in front of a judge at the Central Judicial Processing Court in Hackensack today.

TheSource.com will bring updates to this story as it develops.

The post Fivio Foreign Arrested For Gun Possession After Police Pursuit In NJ appeared first on The Source.