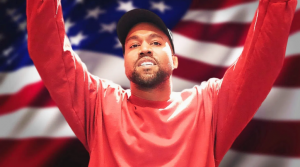 Call him Mansa Musa from the South Side.

Now worth a whopping $6.6 billion, producer, rapper, and fashion mogul Kanye West is the richest African American in the United States, according to Forbes Magazine.

Led by his popular Yeezy brand, which has partnered with adidas and Gap Inc., the brand is now worth between $3.2 billion and $4.7 billion by UBS Group AG. Ye’ has also amassed $122 million in cash and stock and $110 million from his music catalog.

West has full control and ownership over the Yeezy brand and has signed a 10-year contract to sell clothing under the YZY/GAP umbrella. Citing the document obtained by their outlet, Bloomberg noted that the new Gap line is expected “to break $150 million in sales in its first full year in 2022.”