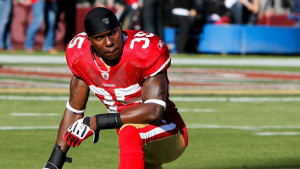 The man who killed five people in a shooting in South Carolina on Wednesday has been identified as former NFL player Phillip Adams.

A source briefed on the investigation told Meg Kinnard of The Associated Press that Adams is the man who shot and killed five people, including well-respected doctor Robert Lesslie. Adams then shot himself and committed suicide early Thursday morning.

Adams grew up in Rock Hill, S.C., and his parents reportedly live near Lesslie’s home. Lesslie, 70, and his wife Barbara, 69, were pronounced dead at the scene along with their two grandchildren, who were 9 and 5. A man who had been working at the home, 38-year-old James Lewis, was found shot to death outside. A sixth person was hospitalized with “serious gunshot wounds,” according to the York County Sheriff’s Office.

Adams played college football at South Carolina State University and was a seventh-round draft pick of the 49ers in 2010. During his NFL stint, he played for the 49ers, Patriots, and Raiders, also spending time with the Seahawks, Jets, and Falcons. Adams suffered multiple injuries during his NFL career, including concussions and a broken ankle.