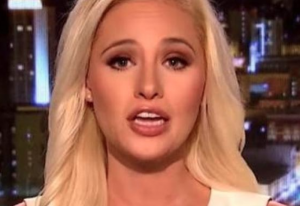 Fox News’ Tomi Lahren took to social media to weigh in on former Minneapolis police officer Derek Chauvin’s guilty verdict for the death of George Floyd and even though she says she didn’t disagree with it, her response let’s you know she’s not happy about it.

Following Chauvin’s guilty verdict yesterday, Lahren tweeted, “You got your justice so I’d assume there will be peace in Minneapolis tonight? No rioting? No looting? No harassing officers?” The Fox pundit added, “Is the Foot Locker safe tonight? Should be, right? Justice, right? No need to steal in the name of George Floyd anymore, right?”

See her scathing tweets below.