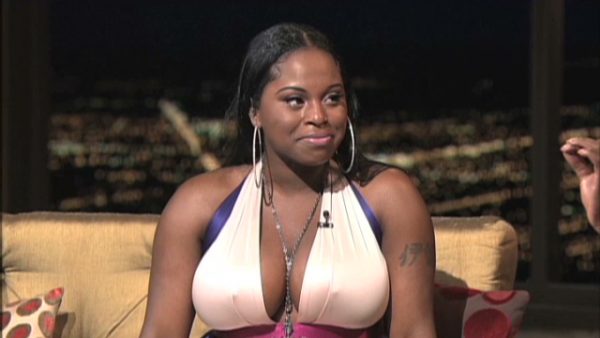 Lil’ Kim made it crystal clear that she wants all the smoke with Nicki Minaj in a hypothetical Verzuz match-up.

The Brooklyn rapper called out Nicki during an interview with The Breakfast Club’s DJ Envy at the 2021 BET Awards red carpet.

Fans immediately reacted to the now-viral clip picking their sides in the possible battle. On the other hand, other fans think her rival, Foxy Brown, would be a better contestant for Verzuz since they both dominated the 1990s.

Foxy took to Instagram to seemingly respond to Kim. In a series of tweets she subliminally called Kim “shook” and “thirst.”

Foxy Brown has made it clear that she’s ready to go face-to-face with her arch nemesis Lil Kim in a Verzuz battle.

Trina previously said she wanted to do a Verzuz with Kim ahead of her celebration with Eve.

“Kim is that bi**h let’s be very clear. When I came into the industry, this (Kim) is who I looked up to. These are the lyrics that I recited. This is what made me know that it was ok to talk that lethal s**t and these ni***s are not s**t,” Trina said on an episode of Hood Rich Radio with DJ Scream.

But Foxy begged to differ. “Lol the MF audacity. These b*tches craaaay. Never,” she wrote on her Instagram story.

Lil’ Kim, Foxy Brown, and Nick Minaj are all New York rap legends in their own right and either battle will be a movie. But who do you want to see Kim go against?

The post Foxy Brown Seemingly Responds To Lil Kim Calling Nicki Minaj Out For Verzuz appeared first on The Source.