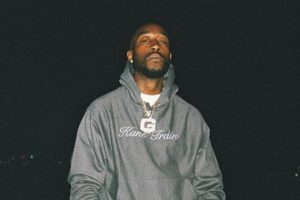 Freddie Gibbs has circled back around with a new offering just in time for the Easter holiday via his “Big Boss Rabbit.”

Purists are sure to appreciate this one as producer Swaggyono takes a page out of Large Professor’s book, making use of the same “Sugar Man” sample present in Nas’s 2001 “You’re Da Man” selection to craft the backdrop.

For Kane, the feat is too easy as he glides in his truest form, unleashing characteristically boastful bars in the new drop.

“Slammin’, big MAC-11, back of the sеven on some boss shit/
I put that Prеsident on my wrist and I got frostbit/
Stack it like Pringles, you want a single? It’s gon’ cost you/
Slow on that heroin, I don’t sell them b-tches too often.”

The cut is attached to a cinematic clip in tow, as director JMP captures the intersection of grit and opulence present in Gibbs’ day-to-day.