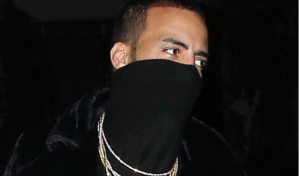 According to several confirmed reports, French Montana’s personal driver was robbed this past Sunday morning for a very expensive watch n front of the Dream Hotel in Manhattan.

Police reports say that the 18-year-old driver was standing outside of the car near the hotel at approximately 4:50 am when he was approached by two men who attempted to snatch his $40K gold Cuban link. He initially refused, but when one of the men brandished a weapon and shot a round into the ground, the driver was relieved of his chain and a $300,000 Richard Mille watch before the robbers made off with the jewelry.

The police have no leads or suspects, who were wearing masks during the robbery. TheSource.com will update this story as details develop.