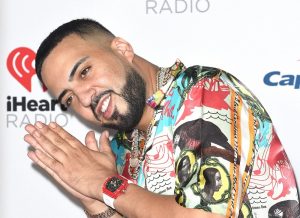 French Montana‘s driver was reportedly assaulted and robbed outside of the Dream Hotel in New York City.

The two masked assailants approached the driver around 4:50 AM Sunday morning and began hitting him while trying to pull his chain.

The driver was trying to fight for his materials until one of the men opened fire on the ground. The driver gave them his valuables and the men fled.

The news comes after French released his latest musical effort, “FWMGAB,” or “F**k With Me Get a Bag,” with the visual set in New York.

The incident with French Montana’s driver is the second time the hotel has been the site of a criminal incident in less than a week.

Byron Morales was shot and killed outside of the hotel on Thursday, and reports suggest that he was leaving dinner at Tao Downtown Restaurant.

The post French Montana’s Driver Was Reportedly Attacked Outside of NYC Hotel appeared first on The Source.