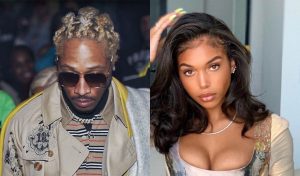 One thing Lori Harvey is going to do … is move on. The stepdaughter to Steve Harvey has been spotted with a few men in the industry, one being Future who’s on and off again relationship lasted for two years. During their relationship, the two would post their luxurious lifestyles together where they would be seen traveling, splurging, and more.

Once the news broke that Future and Lori Harvey went their separate ways, the two went public in their new relationships as Future is now dating rapper Dess Dior and Lori Harvey is dating award-winning actor, Michael B. Jordan.

While future is normally coined for his catchphrases, it seems as though the “Mask Off” rapper has reached his new catchphrase in a leaked snippet with 42 Dugg. “Tell Steve Harvey I don’t want her,” the rapper reportedly says.

While the line wasn’t a lot, fans were still teasing the rapper for mentioning his ex over a year later since their relationship ended. Check out the tweets below.

The post Future Throws Shots at Lori Harvey in Leaked Snippet appeared first on The Source.