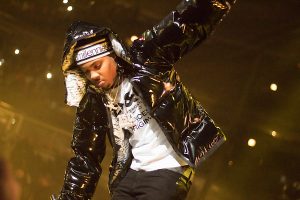 Facing numerous federal charges, G Herbo has entered a not guilty plea in his fraud case.

MassLive reports the Chicago native attended court via Zoom on Tuesday with the U.S. District Court in Springfield, Massachusetts. During the session, Herbo maintained his innocence alongside his attorney Jim Lawson.

Recently, the charges against Herbo expanded to include lying to a federal agent after he claimed he had minimal communication with Antonio Strong. Prosecution sites expensive trips and purchases occurred as a product of their relationship.

“Wright falsely said he’d never provided Strong any money, never received anything of value from Strong and had no direct relationship with Strong,” the charges state. “In fact, since at least 2016, Wright had received valuable goods from Strong, including private jet charters, luxury accommodations and exotic car rentals.”

Herbo is due back in court on August 5.

The post G Herbo Enters Not Guilty Plea for Federal Fraud Cause appeared first on The Source.