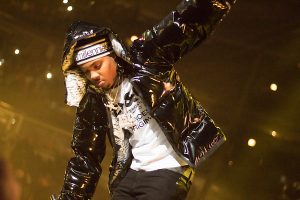 As G Herbo is preparing for the arrival of his second child with his fiance Taina Williams it is clear that the rapper’s mindset has evolved. Just recently, the couple celebrated the birthday of his three-year-old Yoshon Santana, shared with Ari Fletcher in what looked to be a drama-free setting. Fans were happy to see that the three could come together and celebrate in peace, after previous events in the past that showed otherwise.

In a recent interview with Million Dollaz Worth of Game, Herbo expresses how the dating life has changed over the years and gives his opinion on how women should carry themselves on social media. The rapper shares that even if he were single, the Instagram models wouldn’t be on his radar.

“We was just having a conversation in the studio like, nowadays, this sh*t really like set up for a person to really not, to not be in a relationship,” he began.

“Whether you a man, a woman, whatever it is. ‘Cause the way women carry they self on the internet, that sh*t cool, it might be fun. Even if a n*gga f*ck you, I’m not gonna wanna be with you, you know what I’m saying?” the rapper asked.

“I’ll never really make you what I got at home. It don’t even mix,” Herbo added. A host of the podcast wanted the rapper to clarify if he would sleep with the women and just not take them seriously, Herbo responded “Even if I was single right now, the sh*t you see every day on the internet, I wouldn’t be with that. I wouldn’t be with it. I wouldn’t want to build a family with none of that sh*t.”

“Even if we startin’ from scratch, I know it’s something to build. I can really build with my girl,” said the rapper. What do You think about G Herbo’s new perspective? Are you able to take an Instagram model seriously?

The post G Herbo Shares His Opinion On How Women Carry Themselves on the Internet appeared first on The Source.