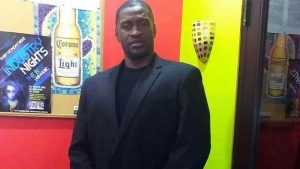 A statue of George Floyd will be unveiled today in front of Newark City Hall in New Jersey.  The statue honors the life of George Floyd, who was murdered in police custody last year. His widely viewed death was able to elevate the Black Lives Matter movement and has resulted in police reform measures across the country. According to reports, twenty-four states and the District of Columbia enacted legislation immediately following Floyd’s death. In a normal year, most states would have been out of session by May. But due to the pandemic, states were able to take up legislation working within COVID-19-related session delays, through multiple special session convenings or through bipartisan cooperation. Significant legislation has also been enacted in 23 states so far in 2021.

For instance in New Jersey, the use of force by an officer towards a civilian is now prohibited, unless used as a last resort. There also been the removal of Confederate statues from public parks and controversial names from organizations throughout the country. The New Jersey event honoring the life of George Floyd ties in with Juneteenth 2021.

“The artwork honors the life of George Floyd, an African-American man who was brutally murdered by a white Minneapolis police officer,” the mayor’s office said in a statement. “Mr. Floyd’s death elevated the ‘Black Lives Matter’ movement which has resulted in an international response, including protests, police reform measures, and the removal of Confederate statues from public parks and racist names from organizations.”

The post George Floyd Statue To Be Placed In New Jersey appeared first on The Source.