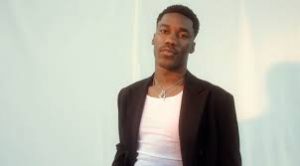 This week, Givēon returned to deliver on a new project (sort of).

In commemoration of the anniversary of his breakout Take Time project, the Long Beach crooner dropped off a full-length album that takes his debut EPs, Take Time and When It’s All Said And Done, to craft an aural timeline of the singer’s hefty run since his emergence.

Givēon finds himself among a class of artists who managed top carve out their own lane while the world was on lockdown, mesmerizing the masses with a distinguishable voice and painfully-relatable catalog in tow. In his latest When It’s All Said And Done…Take Time, the singer adds a new track to the mix in the form of “All To Me,” a sensual entry that follows along in the same vein of his “Still Your Best” and “Favorite Mistake” selections.

He rounds the moment out with the release of an official music video for “Heartbreak Anniversary,” recruiting actress Samantha Logan for the short flick.

“The anniversary for the release of Take Time is creeping up on us all….what a year it’s been,” he pens of the release. “I decided to combine both of my first two eps into one project: When It’s All Said and Done… Take Time. I also added a new song to the project…the end of a chapter means the start of a new one.”

The post Givēon Fuses Catalog for ‘When It’s All Said And Done…Take Time’ Project appeared first on The Source.