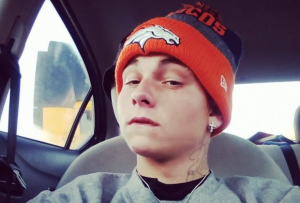 After several conflicting reports, including a person claiming to be Vincent Brown saying that he was still alive, the young man who went viral for confronting someone saying, “Today I got time, cuz..”, was shot and killed in Colorado this past Sunday (March 21). Brown was 22 years old.

Brown, who was also known as G Real, was found with multiple gunshot wounds outside of a tire shop. There are no other details about Brown’s death, which is currently being investigated as a homicide.

Brown’s mother confirmed G Real’s death, saying on Facebook, “I got the call every mother dreads. My baby boy was found dead today. A piece of me died as well. Now you can be in peace Greal Da Savage! Vincent Lee Brown 9-16-98 to 3-21-2021.”

The post Guy From “Today I Got Time Cuz” Video Confirmed Dead At 22 appeared first on The Source.