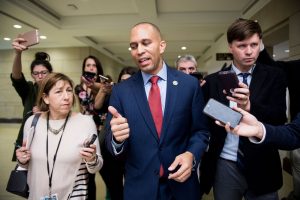 Hakeem Jeffries is working alongside Cory Booker to end the sentencing disparity. The two have introduced the EQUAL Act, which targets to eliminate the difference between crack and powder cocaine sentencing.

The United States incarcerates more people than any other country in the world and it is fueled by overcriminalization and unjust sentencing laws that disproportionately affect Black and Latino Americans. The sentencing disparity is 18:1.

To support the EQUAL Act and change the system visit here.