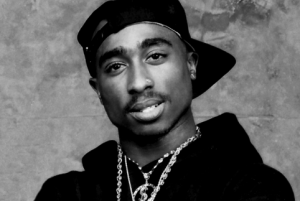 Today, June 16, Tupac Shakur would have turned 50 and even in his untimely death, he is still regarded as one of the most influential MC’s of our time

2Pac’s devoted followers look upon him as somewhat of a prophet due to his ability to remain relevant with the times long after his demise. In his music, he almost predicted events that took effect after his presence was no longer with us. In celebration of his 44th birthday, TheSource.com presents our favorite Top 5 Tupac Predictions:

Prediction #1: “Only The Good Die Young”

It was more than a tragedy/ Emotions be grabbin’ me/ Plane fell from the sky/ We tryin’ to figure what happened/ Burnin’ churches, fearin’ God who can be so cruel?”

Prior to the 911 tragedies, Pac quoted these lyrics explaining the events of the time. Regardless of whether he predicted it knowingly, the World Trade Center was indeed attacked by planes and churches are still being burned even in this era.

And although it seems heaven sent, we ain’t ready to see a Black president.”

President Obama wasn’t ready to be in the White House when ‘Pac made the song “Changes,” but since then, this prediction has come to past. The lyrics of this particular song are relevant even now, as he goes into the condition of Black people in America and the struggles still being faced today.

Rest in peace to my muthafucka Biggie Smalls…”

The erie taunt by 2Pac before either him or Big were murdered may have been one of the misfortunate misinterpretations regarding the beef that caused their demise since it wasn’t about Notorious Big or was it?

I’ve been shot and murdered, can’t tell you how it
happened word for word / but best believe that niggaz’ gonna get what they deserve.”

‘The bars from “Niggaz Done Changed” are just one example of the many times Pac predicted his untimely death.

I think it’s time to kill for our women/ Time to heal our women, be real to our women/ And if we don’t we’ll have a race of babies that will hate the ladies that make the babies.”

In “Keep Ya Head Up” Pac was talking to the women of the time and gave his prediction of what would occur if the men don’t support them. Unfortunately, his prediction was correct regarding the current generation.