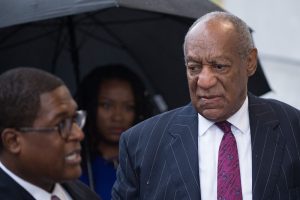 Bill Cosby is out of jail but that does not mean the industry will forgive him. Speaking with Variety, PR strategist Howard Bragman reveals it will be very quiet for America’s Favorite Dad when it comes to working in the future.

“There’s no ‘Cosby’ reunion. There will be no Vegas residency and there will be no new Jell-O endorsement for Mr. Cosby,” said Bragman. “He was not found innocent. He was released on a technicality. I would say the world still believes him to be guilty for the heinous crimes he was charged with and he’s going to live a very O.J. Simpson-like existence for the rest of his life.”

After being freed, Cosby released his first statement: “I have never changed my stance nor my story. I have always maintained my innocence. Thank you to all my fans, supporters and friends who stood by me through this ordeal. Special thanks to the Pennsylvania Supreme Court for upholding the rule of law.”

The post Hollywood Insider on Cosby’s Release: “He Was Not Found Innocent” appeared first on The Source.