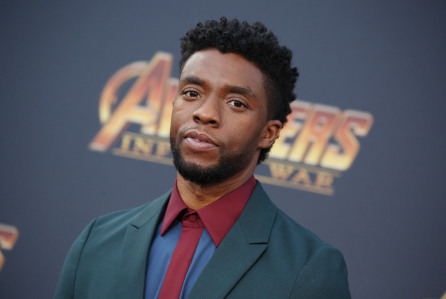 The late, great Chadwick Boseman, has been forever immortalized at Howard University, his alma mater.  The prominent HBCU has named their re-established College of Fine Arts to the Chadwick A. Boseman College of Fine Arts. This comes after news broke that the new college is now helmed by famed actress Phylicia Rashad as Dean.

Not known to most Rashad, also taught Boseman acting while he attended HU.  After his untimely passing, Rashad talked to People magazine about what it was like teaching Boseman in her acting class.  “I remember his smile and gentle way,” she said in 2020. “I remember his unending curiosity and his love of study, studying many things all of the time.

Reported by Variety, Boseman’s family thanked Wayne A.I. Fredrick, President of Howard and the Howard Board of Trustees for giving the honor to the celebrated Boseman.  “Chad fought to preserve the College of Fine Arts during his matriculation at Howard and remained dedicated to the fight throughout his career, and he would be overjoyed by this development,” said the family in a statement. “His time at Howard University helped shape both the man and the artist that he became, committed to truth, integrity, and a determination to transform the world through the power of storytelling.”

The family also said that they felt strongly that with Rashad leading the Chadwick A. Boseman College of Fine Arts, would “inspire artistic scholars for many generations.”

Boseman’s widow, Simone Ledward-Boseman, released a statement, saying how “extremely pleased” she was that Howard has named its fine arts college in his honor, as well as how “elated” she was that Rashad was now in a leadership position as the college’s dean.

“Chad was a very proud Bison–both Howard and Ms. Rashad played integral roles in his journey as an artist. The re-establishment of the College of Fine Arts brings this part of his story full-circle and ensures that his legacy will continue to inspire young storytellers for years to come.”