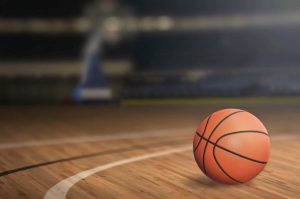 Before an Oklahoma high school basketball game, an announcer, Matt Rowan, referred to a team that was kneeling as “fucking n*****s,” which was picked up on a hot mic. In a statement, he has blamed the racial slur on his diabetes.

The announcer crew has been pulled from broadcasting after the words were stated about Norman High School before the took the court against Midwest City. The full remarks were heard on the National Federation of State High School Association Network.

“They’re kneeling? Fucking n*s. I hope Norman gets their ass kicked. Fuck them. I hope they lose. They’re gonna kneel like that?”

“The NFHS Network firmly condemns racism, hate, and discrimination, and there is no room for this in high school sports or anywhere,” the network said. “We sincerely apologize to the students, their families and the entire community for having such ignorant comments expressed during the broadcast.”

In his own statement, Rowan states that he “most regrettably made some statements that cannot be taken back.”

In addition, Rowan stated that his decision was aided by his diabetes.

“I will state I suffer Type 1 Diabetes and during the game my sugar was spiking,” Rowan wrote. “While not excusing my remarks, it is not unusual when my sugar spikes that I become disoriented and often say things that are not appropriate as well as hurtful.”

The post HS Basketball Announcer Caught Saying Racial Slurs, Blames the Moment on His Diabetes appeared first on The Source.