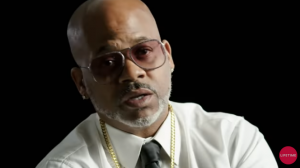 Dame Dash vs. JAY-Z and Roc-A-Fella Records is reportedly turning ugly. All Hip Hop reports during a board meeting on June 22, Dash exploded into a rant that was characterized as “angry, unprofessional, and incoherent.”

“Dash does not oppose RAF, Inc.’s request for injunctive relief. That’s no surprise: he was caught red-handed trying to steal and auction RAF, Inc.’s property, a NFT of the copyright to Jay-Z’s debut album Reasonable Doubt,” Alex Spiro said. “Dash tries to backtrack, claiming he intended to sell only his 1/3 interest in RAF, Inc, and for ‘reasons unknown’ SuperFarm misunderstood his intentions. That’s an obvious lie, but nonetheless it’s irrelevant here.”

Spiro revealed there is no interest to stop Dash from selling his interest in the company, but specifically the NFT. Spiro then gave details into the meeting.

“The board meeting lasted for about 10 minutes…it would have been even shorter if Dash didn’t explode in an angry, unprofessional, and incoherent rant,” Alex Spiro said.

The post ICYMI: Dame Dash Reportedly Explodes Into “Angry” Rant During Roc-A-Fella Board Meeting appeared first on The Source.