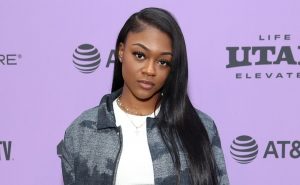 Imani Lewis, who starred in the Sundance Film Festival hit, The Forty-Year-Old Version, has landed a lead role in the Emma Roberts-produced Young Adult vampire series, First Kill, at streaming giant, Netflix. Sarah Catherine Hook (Monsterland, The Conjuring) is her co-lead in the horror adaptation.

First Kill is based on a short story of the same name from author Victoria “V.E.” Schwab. She is adapting the story with Felicia D. Henderson (Empire, The Punisher), who will serve as showrunner. Henderson is no stranger to female lead shows and has either written or produced on hits to the likes of Moesha, Sister, Sister and Gossip Girl to name a few.

The official synopsis: When it’s time for teenage vampire Juliette to make her first kill so she can take her place among a powerful vampire family, she sets her sights on a new girl in town named Calliope. But much to Juliette’s surprise, Calliope is a vampire hunter, from a family of celebrated slayers. Both find that the other won’t be so easy to kill and, unfortunately, way too easy to fall for.

Lewis will play nonsense Calliope “Cal” Burns, “a fearless, headstrong monster hunter. Behind that strong veneer is a vulnerable young teen torn between her duty to her family and the secret yearnings for love.” Lewis has also appeared in Eighth Grade and Netflix’s horror-comedy, Vampires vs. The Bronx.