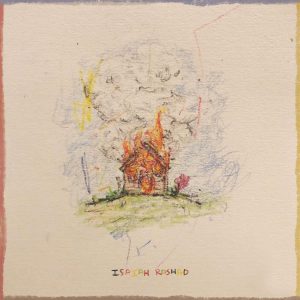 Isaiah Rashad has officially announced his new album, The House is Burning, for July 30. This is the first release from Isaiah Rashad in five years.

The TDE/Warner Records album will arrive following the singles “Headshots (4 Da Locals)” and “Lay Wit Ya” featuring Duke Deuce, the latter of which he announced the album title with back in May.

This album follows 2016’s The Sun’s Tirade and will bring an Isaiah Rashad that is more self-aware and mentally in a space where darkness is behind him and he is ready for what the world has to offer around the release of his newest masterpiece.

You can check back with The Source for further details regarding the release.

The post Isaiah Rashad Announces ‘The House is Burning’ for July 30 appeared first on The Source.