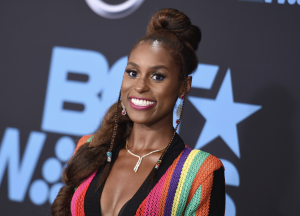 While HBO’s Insecure may be on it’s final season, Issa Rae is here to stay. The actress and producer is teaming up with HBO Max for a unscripted series set to premiere this summer.

SWEET LIFE: LOS ANGELES is a reality series following the lives of young, Black adults pursuing their dreams in the heart of South LA. In a media release by Warner Media, Issa Rae said she’s excited to bring a new perspective of young African-Americans to viewers.

“We’re so proud to present a grounded and fun slice of young Black LA life. We hope the HBO Max audience will relate to and fall in love with this group of friends as much as we have.” said Rae.

Produced by Issa Rae and several other well-known production companies, the TV show will follow a group of “young, strong-willed, ambitious Black friends” as they navigate their 20’s. From love to family, and career, this show will give you an inside look on their journey.

This isn’t Rae’s only partnership with the streaming service, herself and Miramax are reportedly reviving Project Greenlight. The series will focus on female filmmakers who are given the chance to direct a film. In addition, she’ll appear in each episode as an executive producer and mentor the producers.

The post Issa Rae Is Teaming Up With HBO Max For A New Reality Series appeared first on The Source.