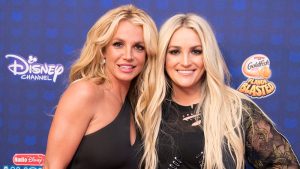 Jamie Lynn Spears broke her silence after her sister, Britney Spears, delivered a heartbreaking testimony during her latest court hearing for her conservatorship.

Jamie addressed the testimony in a series of videos posted to her Instagram story.

“I just want to take a second to address a few things,” Jamie Lynn began. “The only reason I haven’t before is because I felt like until my sister is able to speak for herself and say what she felt she needed to say publicly, that it wasn’t my place or it wasn’t the right thing to do. Now that she has very clearly spoken and said what she needed, I feel like I can follow her lead and say what I feel I need to say.”

The actress continued saying that she has always “loved, adored and supported” her sister since she was born, and assured fans that she was sticking beside her big sister behind-the-scenes.

“I don’t care if she wants to run off to the rainforest and have a gazillion babies in the middle of nowhere or if she wants to come back and dominate the world the way she has so many times before,” she explained. “I have nothing to gain or lose either way. This situation does not affect me either way because I am only her sister who is only concerned about her happiness.”

“I have made a very conscious choice to only participate in her life as her sister, as an aunt to those boys. Maybe I didn’t support the way the public may have liked me to with a hashtag on a public platform, but I can assure you I have supported my sister long before there was a hashtag and I’ll support her long after…note that.”

What do you think about Jamie Lynn Spears’ message?