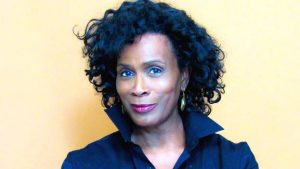 Note: This article contains subject matter relating to suicide. Please read and share cautiously. If you or someone you know is struggling with suicidal thoughts, please contact the National Suicide Prevention Hotline online or via phone at 1-800-273-8255 (for the deaf and hard of hearing, contact 1-800-799-4889).

After a heartfelt and emotional reunion, both Janet Hubert and Will Smith put their three decades old feud to rest. During their first chat since Hubert’s exit from The Fresh Prince of Bel-Air in 1993, their tattered past was finally put behind the two former castmates. Hubert’s exit occurred after constant behind-the-scenes in-fighting between Hubert and Smith, specifically from Hubert’s frustration regarding what she considered on set etiquette, pay, and other issues.

Following Hubert’s departure from The Fresh Prince of Bel-Air, a highly publicized media war occurred between Smith and Hubert. Both sides were hurling insults and accusations and it got ugly to say the least. While Smith accused Hubert of being impossible to work with and accused her of jealously of his rising status on the show, Hubert alleged Smith had an ego problem and was able to leverage his power against her. Following Hubert’s exit, she found it difficult to land acting roles, and felt she was undoubtedly blackballed in Hollywood. Nevertheless, she blamed Smith for her circumstance.

As history recalls Hubert, was unceremoniously replaced by Daphne Maxwell Reid but fans of the beloved sitcom never forgot the original “Aunt Viv.” Before the highly anticipated reunion show, Hubert spoke candidly about feeling deliberately left out by Smith in the legacy of the show she helped build. Over the years, there were several reunion specials and unsurprisingly Hubert was not part of the cast, and she claimed she was never even contacted by producers.

As time passed after her exit, life became challenging for Hubert. As a trained actor, who was unable to land roles as it happens to many performers, lead to money trouble, family conflicts, and a serious fight with depression. She recalled just how dark life became for her during a recent video interview with Pop Viewers.

“You’re only as good as the last job you ever did. We also know that you can make money [and] the next day you can have no money,” she said, as reported by Two Bees. “I also had just opened up a studio. I signed a 10-year lease at like $60,000 to $100,000 worth of equipment…I had a franchise to develop…I not only had a house, a mortgage, a husband who wasn’t working at the time, I also had a business and a baby, an infant who needed me desperately.”

That’s when Hubert sadly admitted she contemplated suicide as a result of the downward spiral but it was the inspiration from her son to keep her going.

“He saved me. He really did. My son. Because I knew I had to take care of that little boy. ‘Fresh Prince’ had not gone into syndication yet, so there was no money for a few years, until they did enough episodes to make syndication,” she explained. “I was in the third season negotiating for the fourth season…It was hard. There were moments when I felt so broken. So low. I didn’t know what I could do. There were moments where I wanted to die.” Hubert admitted she even took out a life insurance policy to protect her son financially in the event of her death.

Unfortunately many people who experience hardships go through these bouts of depression and some people do not make it through the fire but Hubert was able to survive and emerged stronger on the other side.

You can catch Hubert soon, starring in the upcoming Mahalia Jackson film alongside Ledisi and Columbus Short as she will undoubtedly remind fans she’s still a talent to be reckoned with.

The post Janet Hubert the Original ‘Aunt Viv,’ Contemplated Suicide After Exiting “The Fresh Prince” appeared first on The Source.