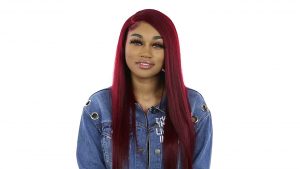 It seems as though some people were upset with Jania Meshell, following a recent video that surfaced on the internet that shows the mother of NBA Young Boy’s fifth child dancing at a party. Social media users and members of King Von’s family felt slighted after noticing Jania dancing to the music but then stopping once the DJ switched to King Von.

“You hoes not gone keep playing with my brother,” wrote Kayla B, sister of the late rapper. “I ain’t say sh*t the first time but stop playing acting like you wasn’t getting F*CKED.”

Von’s cousin Baylo then took to Instagram with some screenshots to suggest that King Von mentioned he wasn’t sexually satisfied claiming “He said that ****y dookie anyways duck a** b****.”

After receiving so much slack for the video, Jania came to Instagram to clap back at those upset over the video, check out what she had to say here and here.