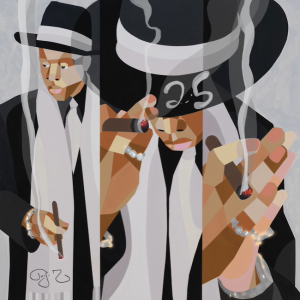 Reasonable Doubt NFT valued the highest it has ever been at 130K.

On June 24, Jay-Z announced that he’d be auctioning off his Reasonable Doubt album cover as an NFT.

Sotheby’s Auction House started the bidding war at $1,000, but the worth of the Brookly-bred album NFT cover, titled “Heir to the Throne: An NFT in Celebration of JAY-Z’s Reasonable Doubt 25th Anniversary by Derrick Adams,” skyrocketed to $138,600.

Originally released on 25 June 1996, Reasonable Doubt, sparked every bit of success for the rapper from the Marcy Homes Projects in Brooklyn. For the 25th anniversary, Jay-Z linked with the legendary artist, entrepreneur, and philanthropist, Derrick Adams, to create a one-of-one animated digital artwork that Sotheby’s auction off on its website.

This isn’t the only example of new technology bringing back a historical school of hip hop music. Just recently, legendary rap group A Tribe Called Quest auctioned off their first five albums as NFTs and made over 80k in revenue.

Do you think we will see more artist recognize the massive potential in the NFT space?

The post Jay-Z to Make Over 130K for ‘Reasonable Doubt’ NFT appeared first on The Source.