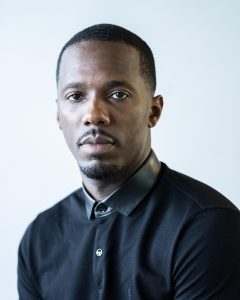 Roc Lit, the publishing division of Roc Nation and an imprint of Random House, has announced Lucky Me, the memoir of Rich Paul, CEO, and Founder of Klutch Sports Group and Head of Sports at United Talent Agency.

Lucky Me highlights Paul’s life before Klutch, including navigating a difficult community of Cleveland. The story details a street-smart kid moving through the city as it transitioned, while also gathering lessons. As much as the story will highlight Paul, the story will also double as a look into Cleveland and its challenges with drugs, violence, deteriorating schools, and neighborhoods.

“Lucky Me is more than my story,” Paul said. “Lucky Me is the story of every young Black man who grew up like me.  I want to use my story to uplift and inspire those who lived this and educate those who didn’t.  I cannot tell you what it means to partner with my friend and mentor JAY-Z on this project.  Lucky Me was the name of the book before I even spoke with JAY because his music was my life’s soundtrack.”

Now as the leader of Klutch, Paul represents some of the biggest athletes across the NBA, such as LeBron James, Anthony Davis, John Wall, Ben Simmons, and Draymond Green. In 2019, Paul’s agency partnered with United Talent Agency (UTA), an evolution that led to the expansion into the NFL. Just this week Klutch announced the signing of Heisman trophy-winning wide receiver Devonta Smith.

“Rich has always been wise beyond his years, with a wealth of knowledge gained by his inimitable curiosity,” JAY-Z said. “To no one’s surprise, Rich has built a phenomenal business with Klutch Sports. This book is an American tale of “against all odds”—and I believe young people in similar environments will see themselves in ‘Lucky Me’. My long friendship with Rich aside, he has one of the greatest stories of growing up in America’s ghettos and overcoming adversity. On a personal note, the fact that I’m able to release this book with someone who inspires me and I’ve watched grow is most rewarding!”

Roc Lit 101 publisher Chris Jackson added, “Rich Paul is one of the most influential figures in professional sports today but, to his credit, that’s not the story he wants to tell.  Instead, it’s a story of the people who shaped his life on a humble corner of Cleveland, Ohio, and ultimately a story about how we take care of each other.  This will be a pivotal project for the Roc Lit 101 program and we couldn’t be more excited to have Rich join our team.”