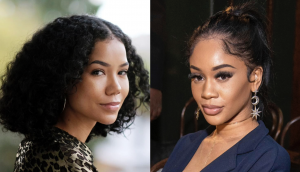 Jhene Aiko and Saweetie are scheduled to perform at The Asian American Foundation’s “See Us Unite” TV special this month. The broadcast will air on May 21 on a number of channels, including MTV, BET, VH1, Comedy Central as well as Facebook Watch.

TAAF was recently launched in response to rising anti-AAPI hate and violence across the nation, and the campaign is one of many efforts to raise awareness. According to See Us Unite website, this cultural campaign is “designed to accelerate impact and expand support for the AAPI community through solidarity and education.”

The site also says “Our ambition is to amplify voices as we unite to change people’s perception about what it means to be an American. We will do this by bringing allies and partners together to use our resources and networks to support the on-the-ground work of community organizers raising awareness, building understanding and broadening educational efforts about the Asian American experience.”

The Associated Press reports, the TV special coincides with TAAF’s See Us Unite campaign, which launched Thursday and is designed to expand support for the AAPI community. The Ford Foundation, MacArthur Foundation, The Henry Luce Foundation and the Wallace H. Coulter Foundation have partnered with TAAF for the campaign, and funds raised will benefit several grassroot-led efforts, including Stop AAPI Hate and Asian Americans Advancing Justice.

Actor Ken Jeong will host the special, which will include appearances by Daniel Dae Kim and Lisa Ling and “will feature testimonials from leading Asian American public figures, as well as individuals working to enact change on the ground,” organizers said.

The post Jhene Aiko And Saweetie Set To Perform On AAPI Advocacy TV Special appeared first on The Source.