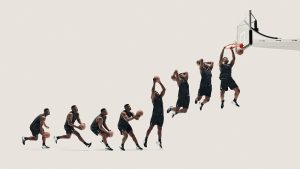 The Zion Williamson stamp on sneaker culture is here. Jordan Brand has announced The Zion 1, Williamson’s first signature shoe, which is designed for the transcendent athletic possibility of the power forward’s game.

“From the time he was in high school, Zion keeps you right on the edge of your seat,” says Howard “H” White, VP, Jordan Brand Affairs. “You know that anything can happen. It’s like looking at a famous painting. No one’s really arguing about how special it is. All you can do is be in awe at what he does.”

The design of The Zion 1 focused on a silhouette that both enabled his immense physical tools on the court while also illustrating personal traits that make him a one-of-a-kind superstar.

“We knew that one of Zion’s main inspirations for the look of the shoe was superhero armor. But when we thought about an icon or symbol that could clearly draw out the shoe’s benefits, the “Z” made perfect sense to us,” says Vianney de Montgolfier, Senior Footwear Designer, Jordan Sport. “It’s the letter for speed, it has the base for power, and it’s maybe the most distinguishable letter in the alphabet. There’s nothing else like it.”

You can see the sneaker below and learn more about the collection and release dates here.