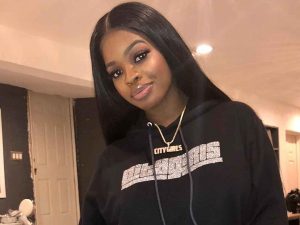 If you were apart of the discussion before, wondering if Lil Uzi Vert and JT of the City Girls were dating, then you can finally put your speculations at ease. The couple is now loving each other loud and proud on social media and while some fans are here for the PDA, others are annoyed and over it.

Since their relationship was publicly tested by Lil Uzi Vert’s ex, fans have gotten to see nothing short of PDA from the melanated couple. Just a few days ago, JT shared a yellow diamond set that the “Money Longer” rapper purchased her with the caption, “Thank you twin.” This is just one of many gifts that the rapper has posted from her boo.

JT obviously wasn’t here for the hate and responded to the tweet saying, “Nah it was better when yall felt like he was playing me & yall was laughing now he loving me in yall face & it annoys b*tches like you!” she penned.

“The ones who can’t keep or get sh*t from a n*gga so yall hate to see the next b*tch with it and happy!”

The PDA didn’t stop there, JT posted a video on her social media of the couple boo loving to some unreleased Uzi music. Are you here for Uzi Vert and JT’s PDA? What would the name of this couple be?

The post JT Claps Back At Fans Who Are Annoyed With Lil Uzi Vert PDA appeared first on The Source.